Home > Construction at I-235, Kellogg to begin 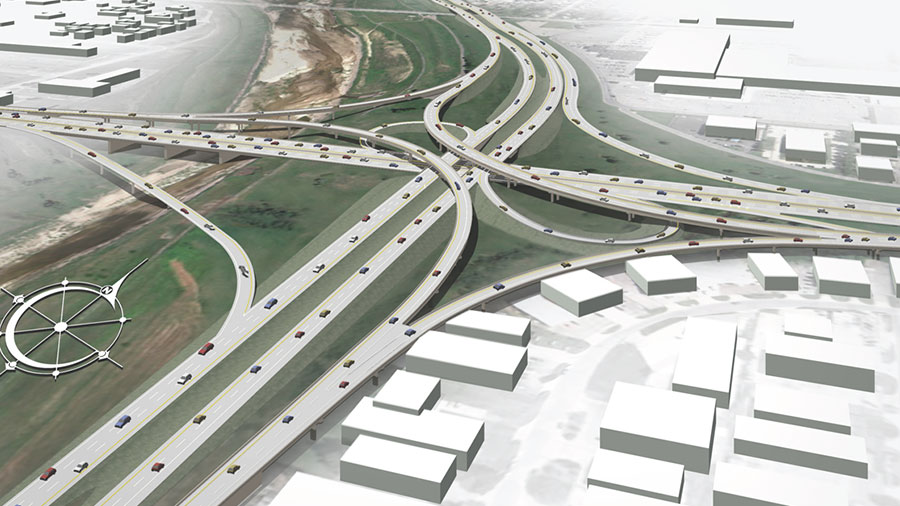 West-siders, the rumors are true. The rebuilding of the I-235 and Kellogg interchange – one of the biggest projects of the decade and destined to be a monumental headache for commuters – really is happening.

Construction starts in four to six weeks. Lane closures will begin in the spring – and won’t be done until June 2019.

The good news for many diners is that long-time favorite Town & Country Restaurant on West Kellogg will remain open through the project, although several buildings along the highway will come down.

Dondlinger and Sons of Wichita was low bidder at nearly $103 million and expects to sign the contract by the end of the week.

And that’s just for the first phase, dubbed the Red Project, which consists of less than half the total project. The three subsequent phases haven’t been funded or scheduled.

But even just the Red Project will significantly improve safety and congestion, said project manager Kelly Keele, a KDOT design engineer. The agency focused on the most heavily trafficked, most dangerous parts of the interchange.

Workers will build two flyovers to replace the loops that take traffic from I-235 to Kellogg, in either direction.

In this phase they won’t build flyovers for the two loops that take traffic from Kellogg to I-235, both north and south. But they will make some significant improvements.

The loop in the southeast quadrant, which takes eastbound Kellogg traffic onto northbound I-235 – infamous for where trucks get stuck when the pavement turns icy – will be replaced by a larger loop.

Read the full article by Dan Voorhis via The Wichita Eagle